I didn’t watch the recent documentary on Channel 5 showing the blossoming love affair of a 78 year old woman and her 39 year old toyboy, but I didn’t miss the hundreds of comments/Tweets/Status updates about it. The general consensus was that it made for awkward if compelling viewing and ‘it’ll never last’, ‘he’s only after her money’.

THE HALF PLUS 7 RULE: A popular urban ‘lad’ rule, half your age and add 7 years, this is apparently the youngest (providing they’re legal!) age that is socially acceptable for you to ‘date’.

National statistics do state that in general most people end up with a partner close to their own age, with only a 3-5 year age gap. It’s not hugely uncommon now for a couple with a 10-15 year age gap to have happy, healthy relationship without raising too many eyebrows.

It’s become almost cliché for an older guy to pull himself a hot young thing during his mid life crisis ‘sports car phase’ and there doesn’t appear to be the outrage that there is when an older woman gets with a younger guy. Sure the majority of people might have given Demi Moore a metaphorical pat on the back when she bagged Mr Kutcher, 15 years her junior, but the amount of media coverage they received spoke volumes, people were shocked.

65% of over 50s are sexually active, 46% stating that they have sex at least once a week. 85% say they feel less pressured during sex now compared to their younger years.

My interest (as usual) is a purely sexual one. If you take away all the ‘they have nothing in common’ and ‘what if you want children’ scenarios of an age gap relationship and just look at it from a purely physical point of view, what’s the issue? Some people find vitality attractive, some prefer maturity. Isn’t it as simple as that? 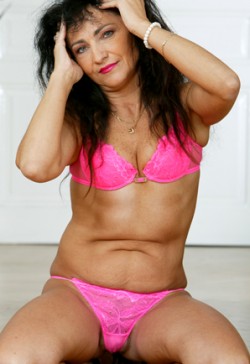 the fear of pregnancy being removed) add that to the confidence that comes with age and that can only add up to a good time, right?

You’d be surprised by the number of grannies that get off having phone & text sex (probably to reserve their wholesome images in public), even sending pictures of their wrinkly bits! And trust me I know A LOT of guys who LOVE it… 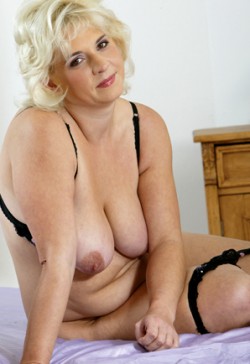 Send me a Tweet @getfanny or comment below to let me know who YOU think is the hottest GILF!