Divorcee Gets Her First Good Fuck 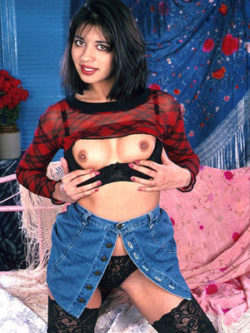 My body trembled with anticipation.

‘Do you like this?’ he nibbled my big toe, sending shock waves straight to my groin.

I looked down at him, as he continued nibbling my feet and ankles, his mop of brown hair, hanging limp, tickling my calf. His boyish face contrasting with his sharp pinstriped suit.

‘Take your suit off,’ my own forwardness surprised me, he looked up grinning and began to strip.

‘Anything for the boss,’ He winked as he removed all of his clothes in a seductive strip tease, leaving just his boxer shorts. His erection was straining the tight fabric. My, my, he was big.

‘Your turn,’ He leant over me, helping me remove my jacket, then turned his attention to my pale blue blouse. He undone each button, agonisingly slow.  My breath quickened as each one popped open, revealing more and more of my white lace bra

He began to caress my shoulders, rubbing in slow circles, working his way down to the cups of my bra. He didn’t bother to remove it, but slipped it down, pushing my ample breasts upwards. He took one in his mouth, sucking my pert nipple, I whimpered, unable to deal with the assault on my senses. It had been a while since I last had sex, and it was with my ineffectual husband who had failed to give me an orgasm since the first night of our marriage, at 19 I had married too young as was custom in India. My body was screaming out for release.

After giving each nipple equal attention, he rucked my skirt up revealing my underwear.

He pulled them off, down to my ankles, I couldn’t kick them off as I was tangled up under his legs. It was kind of sexy having them still around my ankles. I looked at the ceiling, unable to meet his eyes as he ran his fingers through my untamed pubic hair.

He stuck his head between the juncture of my thighs, making me gasp with surprise. He began to nibble and suck my labia. I moaned, overtaken with the unknown sensations, my whole body was trembling. He added a finger to the assault, pushing me over the edge. I came around his finger, my body convulsing, as he lapped up my juices with his rough tongue.

‘Wow, your body is so responsive, I have to take you now!’ He flipped me onto my stomach and I felt his hard cock prodding at my entrance.  In one swift motion, he was inside me, slamming into me with abandonment.  My body was quickening again, I had never experienced a multiple orgasm in my life. It was the most amazing feeling.

‘Oh, you’re going to make me come again!,’ His dick began twitching inside of me and I came with him, shouting incoherently.

Did you enjoy the story of my first proper fuck after leaving my husband? I have gained much more experience since then and want to share it all with you. Call me.