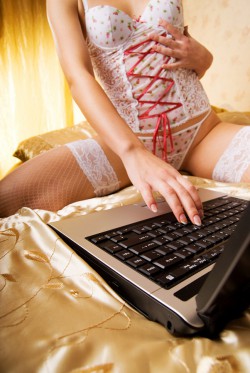 We’re firmly in the 21st Century and mankind are in love with all the gizmos and gadgets that comes with it. From flicking your kettle on at the touch of an App to getting your rocks off at the click of a mouse. Cyber sex has become such a part of the norm for so many that I wanted to take a closer look at what makes it so enticing to the tech savvy masses.

Are the good old fashioned dating rituals dead and gone for good? Will the next generation be selecting their future life partners via webcam or is it purely scintillating entertainment? Can you actually fall in love via Arial font and pixels?

I’ve never been one to underestimate the power of words. A well timed, well written, filthy sentence can evoke more physical response from a partner than a quick grope. Finding someone online who shares the same wants as you, the same needs and has nothing but the desire to please you can be heady stuff.

It’s a global business and any time of the day or night you can find thousands of models online, You can log onto a site like CAM4 and you’ll see 20,000 people ‘watching’ over 1,200 models online any day of the week. Or try FREEONESCAMS who have 1,228 pages of registered profiles which according to my calculations would make a massive 61,400 models of all persuasions offering live webcam sessions

And that’s just a couple of sites, there are thousands…

Live Jasmin’s top performer earned $39,687 last month. Sticking at that rate could tally up earnings of just under half a million a year (thinking of giving up your day job yet?).

Look at it from your own point of view. Which would you prefer? A random shag from a half cut, semi naked girl at the club? Or hours, possibly days of hot cock/pussy teasing foreplay that leads to an intense explosive orgasm (or five)?!

Both have their appeal of course, but it’s not hard to see why online fun has become so popular.

Are these guys spending their cash on digital fanny insane? Or does it make perfect sense? Can people be bothered with courting a woman any more? Is it time, money and effort that could be better spent on cam credits? 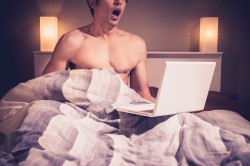 As always let me know what you think in the comments section below. Are you a cam girl who loves rocking the cocks of the nation? A loyal webcam customer who can’t get off unless it’s online? Or do you struggle to see why these guys and girls aren’t getting some in the flesh?

Here’s what the cam girls have to say:

‘I think it (camming) appeals to a lot of people based on the level personal interaction, and of course always trying to obtain the unobtainable 😉

Model wise I like it because I’m an exhibitionist (I like people watching me, and making me feel sexy), schedule, convenience, no restriction on how long I can work (certainly a plus because I love what I do). You meet a variety 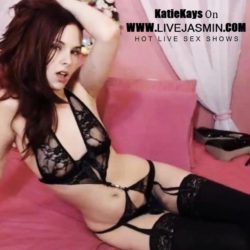 of people and most importantly to me it allows me self fulfillment by giving others pleasure while also earning toward my future, earning my way to college debt free (hopefully).

I’m doing things I’m certainly comfortable with, and nothing I’m not and you get to help a real live person out with their future, while enjoying some sexy personal interaction from real live girls who care about pleasing you and what you have to say! (if youre nice of course 😉 ).

Livejasmin is the most trafficked site I know of. And very classy as far as any other sites Ive seen. Which is where I cam.’ 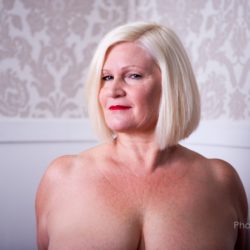 ‘relationships’ with some of my more regular clients over the cam!

It’s something I think I’d probably keep doing even if I ever decided to stop making movies. I know it’s just a fantasy world, but it’s a fun world with orgasms thrown in so what could be bad about that?!’