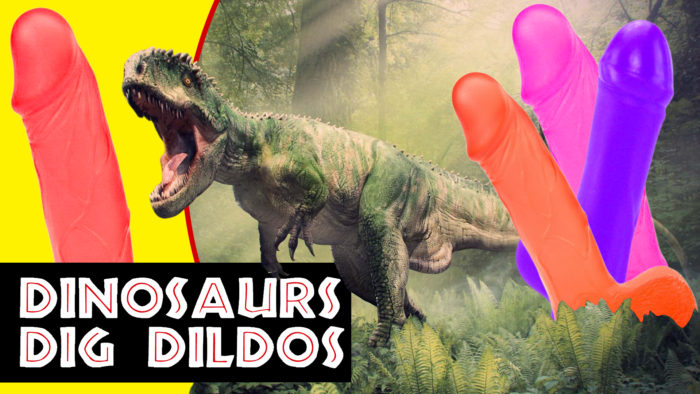 If you were planning on filling your holes with stone, I’d definitely suggest using lube, which makes its first recorded appearance in Ancient Greece. In Aristotle’s “History of the Animals” the philosopher concludes that it’s harder to become pregnant if you use lube, which is either A) a somewhat bizarre conclusion to come to, or B) just proof of Aristotle’s preference for sex on the rougher side. 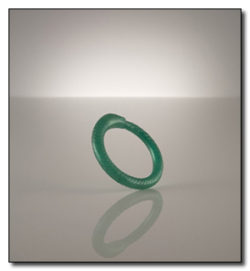 The cock ring was created in order to help a fella… erm, stay around longer, and indeed, cock rings themselves have been around longer than you’d probably imagine. Research into the history of cock rings shows that they date back roughly 2,000 years to Ancient China. The Chinese wore them for both sexual and fashion reasons, and they were made of literally all kinds of things, from jade stones to the eyelid’s of a goat, and no, you didn’t read that wrong. Since then, the cock ring has become a firm favourite (boom, tish!) across the globe.

Ok, so your girl has warmed up with her siltstone dildo and you have a goat’s eyelids over your member – you’re ready to go – but what about contraception? Historically, it’s a hard one to pin down, but what we do know is that the Italian Gabriele Falloppio created the first “condom”, of sorts, back in 1564. After an outbreak of syphilis across Europe, physician Falloppio created a chemically soaked linen sheath, which sounds awful but, amazingly, it worked!
Condoms have obviously evolved a long way since then, but in the scheme of history, it wasn’t too long ago that we were using things like this:

So even if you’re not a fan of rubbering up, just be thankful that you aren’t poor old Fred Brewster!

If Dragon’s Den had existed in 1892, then it’s just possible that you could have tuned in to see Frank E. Young making a pitch to the panel. Frank’s pitch would have been for his newly designed rubber “rectal dilator”, created

to help “cure piles”. Advertised in esteemed publications like Detroit Medical Journal in 1905, it didn’t take long for the public to cotton on to what these “medical” instruments really were – glorified butt plugs.
Somehow, Young’s product managed to stay on the shelves of stores in America for almost 40 years before it fell foul of the false advertising laws it was so obviously breaking.

Technically speaking, the first historic mention of a kind of sex doll is in Ovid’s Metamorphoses from 8 A.D (nope, I haven’t read it either). In the story, a sculptor called Pygmalion who hates all women, one day creates one, Galatea, from stone. He obsesses over her to restraining order levels, kisses her and pleads for her to come to life, until a Roman Godess, Aphrodite, eventually grants his wish as opposed to telling him to “man up and go find a real girl”.

Physical sex dolls first make an appearance around in the 14,000’s. A “dame de voyage” was a collection of rags, clothing, and fabrics that were fashioned to look like a woman, to which sailors would turn to on lonely nights. Or on very, very lonely nights, I’d imagine.
Rubber sex dolls came along much later in 1904, as recorded by a meeting between Rene Schwaeble and a creepy sounding “Dr. P”, who was the first man to make inflatable sex dolls. Keeping it creepy and bringing things up to date, there is one company which offers to make sex dolls that resemble “any actual person – living or dead”, but we’re best not dwelling on that!

Instead, let’s look at an issue that, judging from the spam in my email, still seems to be something that people still want want an answer to today: can you really make your cock bigger? The truth is, people have tried since the beginning of time. The oldest account of trying to go from tiny acorn to mighty oak can be found in the original version of the Karma Sutra. Got a pen? First of all, rub your dick with the bristles of “certain insects that live in trees”, and then rub it for ten nights with oils. Repeat the bristle-dick rub-down trick, and then cool your todger with “cool concoctions” before sleeping on a bed with a hole in it which allows your, by now, poor dick to hang down freely and Bob’s your uncle! This worked by inducing swelling, as you can imagine, although the Karma Sutra claims that these swelling effects would last for life – but, before you go rushing out to experiment with beetles, caterpillars, and the like, please note that Fanny Hunter cannot be held responsible for any damages/arrests that WILL occur!

So it seems, looking back, that sex toys have evolved to keep up with our kinks and peccadilloes, and they’ll no doubt continue to do so. The moral of this article? The next time you’re intimidated by a rubber fist, or your girlfriend comes home with an “Orgasm in a Box”, don’t panic. Just enjoy it. And if you can’t enjoy it, close your eyes and think of siltstone, goat’s eyelids, and linen condoms. Actually, on second thoughts, you probably shouldn’t do that second one.