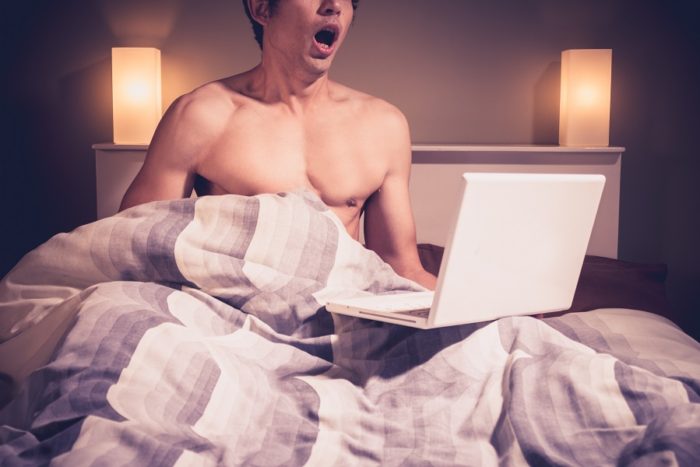 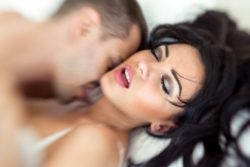 But according to the experts those guys are the exception.

Guys can fake it too

The University of Kansas researchers surveyed college students, they found that 28 percent of guys had faked an orgasm with their partner. About one-third of those men said they’d been too drunk to orgasm, and almost half said their main reason for faking was because sleep was far more important. Since the male orgasm usually coincides with ejaculation you’d think it would be pretty difficult to trick your partner. The students claimed that moaning louder and speeding up their thrusts usually did the trick, “some men mentioned hiding or discarding their condom,” says study author Charlene Muehlenhard, Ph.D

Spunk is good for her!

I know this is an article about solo play, but I couldn’t resist this little gem. Semen is actually only 1 to 5 percent sperm, according to a Duke University study. Spunk is packed full of vitamins and minerals, so maybe point that out to your girl next time you play. In a typical 3.4ml load, you’ll let out around 10mg of sodium, 9 mg of fructose, a little less than 2/10ths of a gram of protein, and smaller amounts of zinc, potassium, calcium, and chlorine.

Too much wanking won’t lower your sperm count, but temperature can…

Frequent ejaculation can lower the volume, but if you generally have a normal sperm count this shouldn’t make much of an impact. Apparently, semen fluctuates with the seasons. “Sperm count tends to be lowest in summer months and highest in winter months,” says Fisch, because exposure to heat lessens sperm count. “In a Jacuzzi 104 degrees and higher, sperm count can decrease dramatically,” warns Fisch. In fact, this decrease can last for months after extreme overexposure to high temps. “I tell my patients, if you’re trying to have kids, don’t go into hot tubs.” Of course, don’t assume you’re totally safe from getting pregnant after you take a dip, either. “It’s not birth control,” he laughs.

Pretty much a no brainer, but worth mentioning the science behind the fact. Brain scans on men experiencing orgasms revealed that the most excited brain region during climax is the ventral tegmental area, which is full of receptors for neurotransmitters associated with reward. As it turns out, that’s the same brain region that lights up when heroin users shoot up, Danish researchers found.

It really can cure a headache

An orgasm floods your brain with endorphins which we know are powerful pain blockers, so researchers in Germany have been investigating whether doing the deed while you’re having a migraine helps relieve the nauseating pain. In a study published last year, the scientists reported that one-third of patients had powered through sex despite the unpleasant headache, and of those, 60 percent said they felt better post-shag. The researchers even believe that endurance athletes, have a better chance of curing their migraines with orgasms, since they’ve honed their bodies to release more endorphins. Remember this next time you have a headache soldiers, get wanking, Nurse Fanny’s orders!