Sky to Block Pornography by Default 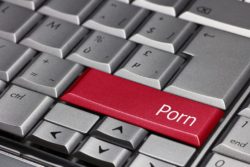 Broadband provider Sky will block adult content by default, unless users opt out, it has revealed. The decision was announced this week via a blog post and will be phased in over the next few weeks.

Prime Minister David Cameron put pressure on internet service provider back in 2013 to make online filtering mandatory, saying it was the best way to protect children from accessing pornographic imagery.

Although his request caused controversy among politicians and the internet industry at the time, most of the UK’s ISPs have offered filtering software for parents who are concerned about what their children may be able to access online but few have offered this by default, opting instead to allow customers to turn the filters on if they so choose.

Sky’s Broadband Shield is designed to filter out content deemed to be unsuitable for children aged under 13. It has been offered as default to new customers for a year, but will now be offered it to all its existing customers, some 5.3 million in total.

Lyssa McGowan, Sky’s brand director, explained why it was changing its policy:

“What we’re doing now is simply making sure that the automatic position of Sky Broadband Shield is the safest one for all – that’s ‘on’, unless customers choose otherwise,” she said.

In the next few weeks Sky customers who have not chosen to either activate or disable its Broadband Shield will be emailed “giving them the opportunity to make a decision one way or the other”, she said.

Once activated, users will not be able to access a filtered site without altering their settings.

Jim Killock, executive director of the Open Rights Group (ORG), was dismayed by the news.

“Censorship should never be turned on by default,” he said.

“ORG’s Blocked project (www.blocked.org.uk) has shown that filters block all kinds of websites, including some that provide useful advice to children and young people. Customers need to understand the implications of filters before deciding whether or not they want them.”

Andrew Ferguson, founder of broadband news site ThinkBroadband, said that parents should not rely solely on filters to protect their children from online nasties.

“As ever the filters don’t block all unsavoury material so are not a replacement for parenting and the embarrassing questions all parents have to face,” he said.

For more on the fight against censorship visit sexandcensorship.org