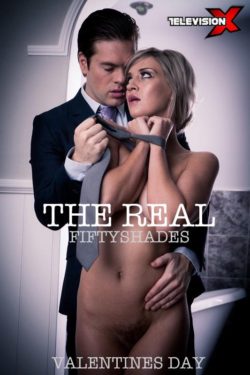 Liselle’s vision for The REAL Fifty Shades was to keep it fairly dark and gritty. She wanted genuine chemistry in the power play to ensure her performers gave her real sex delivered with passion and enthusiasm. What we get is a female director’s sex-positive perspective on a series of extremely, intense sexual experiences. Liselle explains:

The REAL Fifty Shades premieres at 10pm on Saturday 14th February on Television X – Sky 903, Virgin 970, Freeview 171 and online at www.televisionx.com. Here’s the SFW trailer to wet your appetite: