The song is called “Tongue Tied” and features Miley Cyrus all tied up and/or blindfolded in a variety of sexy poses wearing nothing but latex panties and some carefully positioned sticky tape.

If you thought nothing could top the stripping naked and riding on a wrecking ball/inflatable penis then think again. The film festival founder Simon Leahy revealed to New York Post that Miley had actually entered her most recent film herself – so she must be proud.

He told the newspaper: “She’s starting to become more of a contemporary artist.”

The video itself, directed by Quentin Jones, isn’t new, and was first released on May 1 before being used on the singer’s Bangerz tour.

At one point she appears completely naked, flashing her bare bum to the camera. 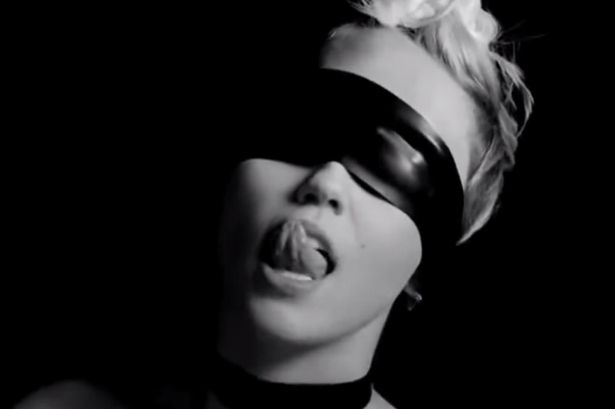