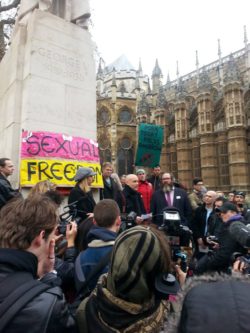 After the success of The Mass Face Sitting Protest back in December the sexual freedom fighters are taking to the streets again, this time in the form of the largest group of SPANKERS.

Charlotte received global support from the last protest even striking up meetings with the Lib Dem’s to see what could be done about it.

“Julian Huppert has been fantastic with support, he put forward an early day motion to bring this to the floor for discussion – we have a fight on our hands to get this revoked and this is why I will continue to raise awareness to what the government is doing to the public, this is censorship without consent, it is an attack on personal liberties and sexual freedom, and we will not keep quiet until something is done about it”

fighter/sex worker Charlotte Rose among others.

There will be 3 more protests happening this year – On the 15th in Berlin, 5th April in Birmingham (Mass Caneing) and the 3rd of May in Brighton (Mass whipping attempt) this will coincide with Charlottes political campaign as she is standing in the general election. 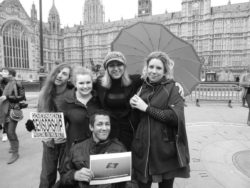 The protest is in response to Pornography produced in the UK being quietly censored through an amendment to the 2003 Communications Act, and the measures appear to take aim at female pleasure.

Seemingly arbitrarily deciding what is nice sex and what is not nice sex, the board’s ruling on ‘content that is not acceptable’ effectively bans the following acts from being depicted by British pornography producers:

Penetration by any object “associated with violence”

Physical or verbal abuse (regardless of if consensual)

The final three listed fall under acts the BBFC views as potentially “life-endangering”. 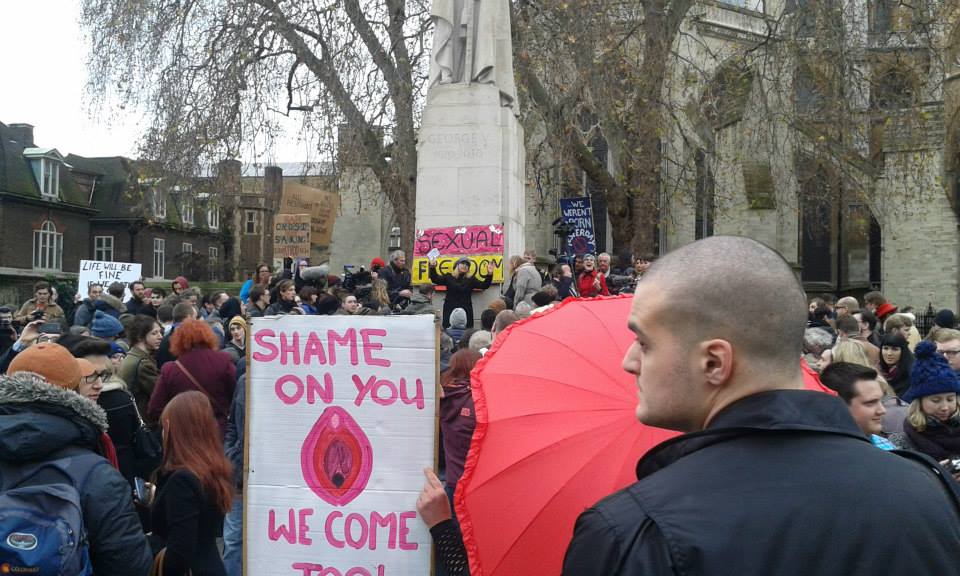