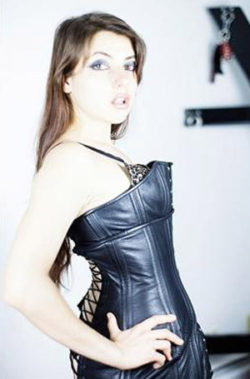 Described by her teachers as a very bright student, in the top two per cent of her media-arts high school class who dreamt of being a filmmaker or actress.

That all changed on August 9 2008, when Canadian Alissa Afonina was involved in a car accident with her brother Alexei, her mother Alla, and Alla’s ex-boyfriend Peter Jansson. Their Toyota hit a wet patch and ran off the road. No other vehicle was involved, but the SUV, which witnesses said had been speeding, wound up on its side. The two women suffered various injuries.

She showed no impulse control, couldn’t carry through on tasks, became isolated and began to have outbursts and make inappropriate sexual comments, her B.C. Supreme Court trial heard.

But all that changed after the accident. Alissa, who was about to enter Grade 12, her mother and her brother were passengers in a vehicle being driven by her mom’s former boyfriend, Peter Jansson.

The defendant’s lawyer argued that it was proof that the young woman could organize herself to maintain a modest level of employment income.

Groves said there was a bit of truth in both arguments.

He said that it also showed some “residual” post-accident employment ability, being able to organize oneself to meet a deadline, to keep an appointment, to apparently collect money and use it to support herself.

The judge concluded that the brain injury for Afonina led to her being unable to cope normally and generate enough money to make a living.

The young woman had no ability to work full-time and might only qualify for entry-level jobs a few hours a day, such as basic food services industry employment, said the judge.

Without the injury, she’d have been capable of completing a college or university certificate of two years, he added.

The judge however did not accept her argument that she has no capacity to work.

Afonina made a claim for an inability to form “interdependent” relationships due to her isolation and sexual and general impulsivity — arguing that she was “damaged goods” — but the judge said those damages would be “too remote” and denied that category of damages.