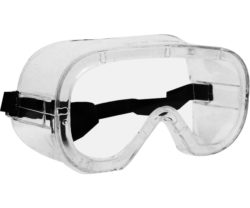 According to a proposed set of regulations in California, published on Thursday by the state Occupational Safety and Health Standards Board, goggles could soon be introduced as a way of preventing the spread of STDs.

The goggles were just part of a plan which includes film producers paying for medical visits and Hepatitis B treatments and making sure there are proper showers on set.

“These are regulations designed for medical settings, and are unworkable on an adult film set — or even a Hollywood film set,” said Diane Duke, CEO of the Free Speech Coalition, a trade association for the adult entertainment industry. She said the rules would stigmatize performers and risk “shutting down an entire industry.”