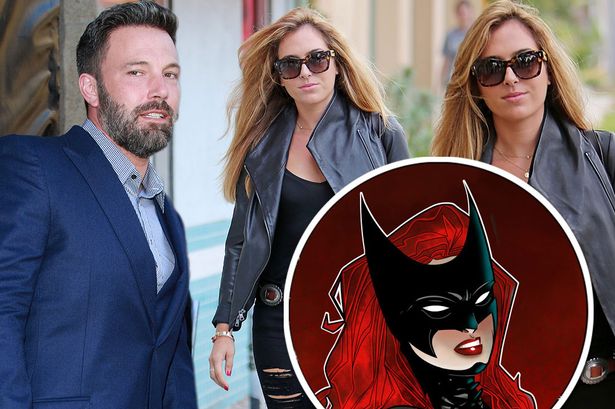 The Batman v Superman: Dawn of Justice star was forced to deny rumours he had a fling with the brunette babe after announcing his split from wife Jennifer Garner recently.

The role for Christine is reported to include three sex scenes over a two-week filming schedule.

Not a bad pay packet if she decides to go for it.

But the ‘acting’ role isn’t completely out of the blue for the 28-year-old beauty, as she’s been reported by Page Six as being in the market for an agent and is apparently hoping to capitalise on her newfound notoriety by pursuing a career in Hollywood.

Last week they carried quotes from a source close to the Santa Monica, California native, saying: “The word in LA is that Christine is looking for an agent and wants a TV deal, on something like The Bachelorette or Dancing With the Stars.

“She knows she most likely can’t go back to nannying – who in LA would hire her now to take care of their kids? So she’s going to use the spotlight to build a showbiz career.”